Home » Almost Half of U.S. Household Incomes Affected by COVID-19
Share this...

A survey by Bankrate and YouGov has shown that almost half of U.S. households have suffered a decline in income due to the coronavirus pandemic. Only 49 percent of respondents in the late-June survey said that their household income had not been negatively affected, while 6 percent declined to answer. 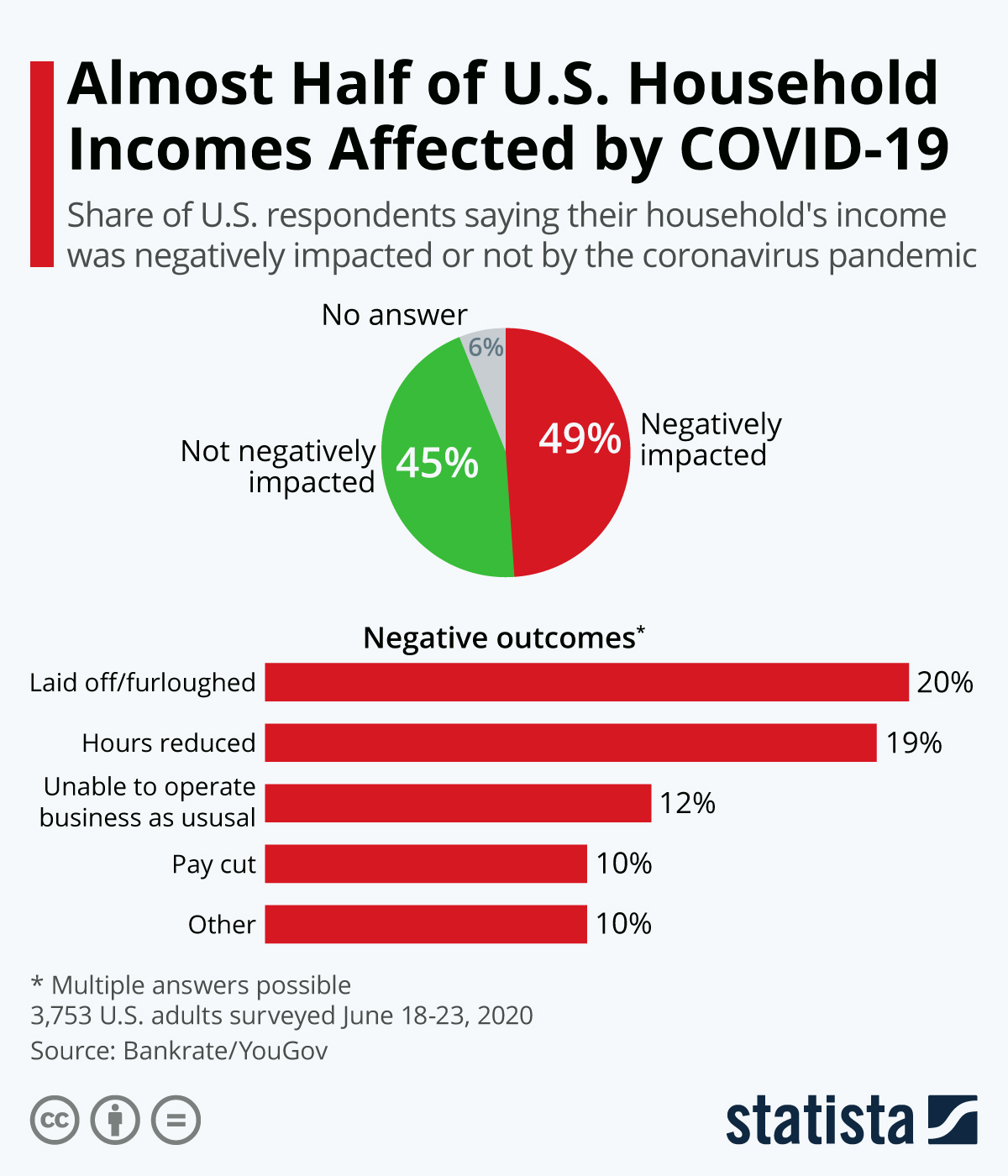 The most common ways in which household incomes diminished were lay-offs and furloughs, experienced by 20 percent of all respondents’ households. 19 percent of respondents said they or someone in their household was forced to work reduced hours, while 10 percent said the same about experiencing a pay cut. 12 percent of households had a member not able to run their business as usual.

Recovery from these income losses seemed far away, according to respondents. 19 percent of those negatively affected said it would take a year or more for them to bounce back, while another 18 percent thought that it would take between 6 months and a year. 4 percent said that they would never financially recover from this.